Spring is beckoning hibernating homebodies to come out and play, to breathe the warmer, fragrant air, and relish longer days. So pack your bags and come to Port Townsend for a springtime stay! 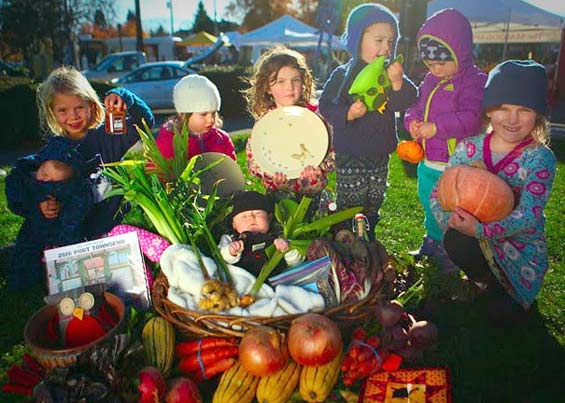 The 24th season of the Port Townsend Farmers Market opens April 2, 2016 at 9 am for a ribbon cutting by Port Townsend Mayor, Deborah Stinson, and Washington State Department of Agriculture Director, Derek Sandison.

Mr. Sandison will offer opening remarks followed by the annual goat parade through the market with adult and baby goats from Harmony’s Way Farm. The parade will include kids (both four-legged and two-legged) with their parents, and of course shoppers, all strolling through the market. Enjoy live music by Kristen and Otto Smith. Arran Stark from Jefferson Healthcare will provide a lively chef demo from 11 am to noon and the Port Townsend Public Library will host story time for kids of all ages starting at 10:30 am at the market.

The Port Townsend Farmers Market is open Saturdays from 9am to 2pm, located Uptown on Tyler St. between Lawrence and Clay. For more info, go to www.jcfmarkets.org.

Port Townsend has been nominated in USA TODAY’s latest 10Best Readers’ Choice travel award contest! Their expert panel selected Port Townsend as a contender for Best Coastal Small Town 2016, which launched earlier this week. The contest gives voters four weeks to vote for the candidate/town of their choice athttp://www.10best.com/awards/travel/best-coastal-small-town-2016/port-townsend-wash/. You can vote once a day for the run of the contest. 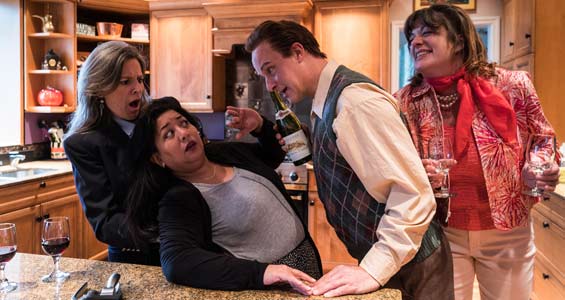 Thelma and Louise meets The First Wives Club in Women In Jeopardy!, Wendy MacLeod’s fun and flirtatious new comedy opening at Key City Public Theatre on Friday, April 8, 2016 at 7:30 pm and running through May 1. Divorcees Mary and Jo are suspicious of their friend Liz’s new dentist boyfriend. He’s not just a weirdo; he may be a serial killer! After all, his hygienist just disappeared. Trading their wine glasses for spyglasses, imaginations run wild as the ladies try to discover the truth and save their friend in a hilarious off-road adventure.

Fresh off its 2015 World Premiere at the Geva Theater in Rochester, NY, Women In Jeopardy! “could be titled ‘Audience in Stitches’,” said Jack Garner of the Rochester Democrat and Chronicle, who added, “It’s one of the funniest nights of theatre I can recall.” Playwright Wendy MacLeod is known for her sidesplitting punch lines and comedic depth, and Women In Jeopardy! pokes fun at charity runs and outdoor enthusiasts, including a slacker snowboarder who wants to catch a “cougar.”

Visit www.keycitypublictheatre.org for more information and to book tickets.

Attending filmmakers include: Doria Bramante with her six-year-project, “The Refugees of Shangri-La” and Varda Bar-Kar with her funny documentary about a perfectionist high school choir director, “Big Voice.” Michelle Steffes will attend with her narrative film, “Driftwood,” about the search for love. Sara Hirsch Bordo attends with her film, “A Brave Heart, the Lizzie Velasquez Story.” Joining the panel is up-and-coming actress, Diana Elizabeth Torres, with her film “East Side Sushi.” 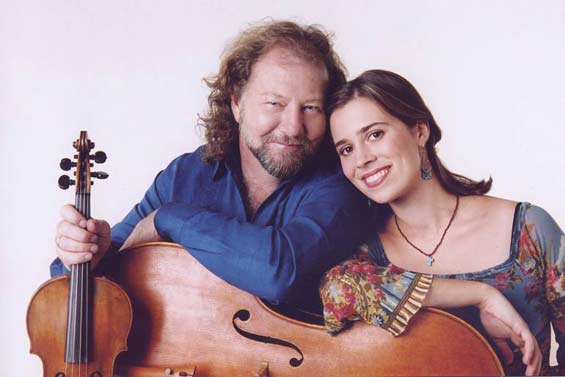 Centrum brings master Scottish fiddler Alasdair Fraser with cellist Natalie Haas to Port Townsend on April 17, 2016 at 3:30 pm in the Wheeler Theater at Fort Worden. Fraser is known as a consummate performer. His dynamic fiddling, engaging stage presence, and deep understanding of Scotland’s music have created a constant and international demand for his solo appearances and concerts with a variety of ensembles. Haas is a graduate of the Julliard School and has toured and recorded extensively with Fraser. She has appeared on more than 50 albums.

Concert goers can expect to be transported across a broad musical spectrum, ranging from haunting laments from the Gaelic tradition to classically-styled airs, raucous dance tunes and improvisations based on traditional themes.

The self-guided tour begins at the Hospitality Center at 1111 Franklin St. where tickets can be purchased for $20. This is a great opportunity to explore Victorian Port Townsend and support AAUW’s funding of scholarships and education programs. For more information, go to www.aauwpt.org or access “Port Townsend Kitchen Tour” on Facebook.

Save the date for upcoming events in May:

We look forward to seeing you in Port Townsend in April!