Six Ways to Soar into Spring in Port Townsend in April

#1
Harbingers of spring tend to be daffodils and blooming forsythia or sweet birdsong at dawn, but in Port Townsend, we go a step further and celebrate the season with the opening of our Farmers Market. 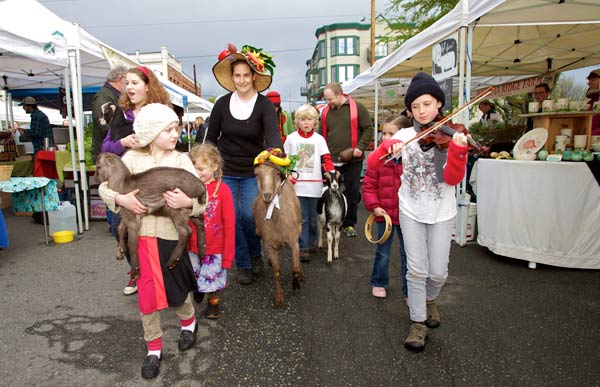 Where else can you enjoy a goat parade with kids—both four-legged and two—as they wend their way along Taylor Street in Uptown Port Townsend through an array of farmers, bakers, crafters, shellfish growers, cider and wine makers and more?

It all begins on Saturday, April 1—no fooling!—at 9 am with the goat parade as 70+ vendors spring into the freshness of the season with a wide array of products for your enjoyment. The Farmers Market invites you to celebrate 25 years of nurturing and sustaining local farms and entrepreneurs with your letters. Starting on Opening Day, they welcome your participation with letters of appreciation, poetry and haiku in thanks to local food, arts and crafts. Look for the mailbox by the Farmers Market booth. They’re looking forward to sharing some of your writing in their newsletters this season. For more info about the market, go to www.jcfmarkets.org. 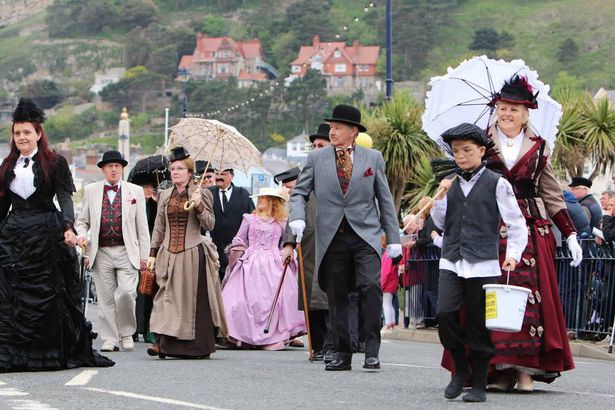 #2
The Victorian Heritage Festival begins Saturday, April 1 at 10 am with exhibits in the Legion Hall and Cotton Building downtown and concludes Sunday, April 2 with High Tea at the Old Consulate Inn and the Commander’s Beach House. This is a wonderful weekend to celebrate all that is best in the West Coast’s favorite Victorian seaport. This year’s theme is Victorian Dreams—from roots as traditional as tea and shortbread to the high-flying speculation of Jules Verne, Port Townsend will be celebrating all that was best in the hearts and minds of this time in history. For one weekend, among the grand old buildings and croquet lawns, the 1890s will live again!

For more info about the weekend’s events, tickets and the schedule for the weekend, go to www.vicfest.org. 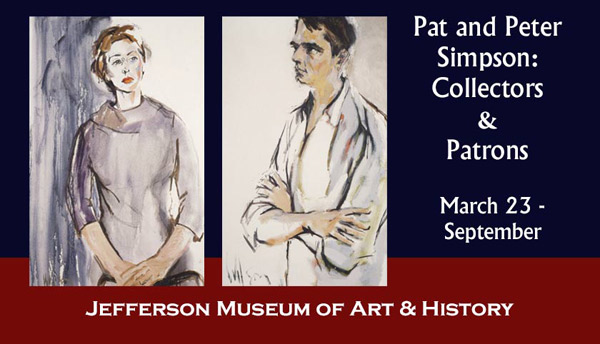 #3
On the first Saturday of every month, Port Townsend showcases its local artists with Art Walk from 5:30-8 pm in the galleries and participating restaurants in Downtown and Uptown. This month, the Jefferson Museum of Art & History will feature the new exhibit Pat and Peter Simpson: Collectors and Patrons. The exhibit includes artwork from the Simpson Collection which was donated to the Jefferson County Historical Society by the Simpson Estate and includes many local artists. The Simpsons were civic and cultural leaders who were instrumental in the transformation of Port Townsend into a recognized arts community. 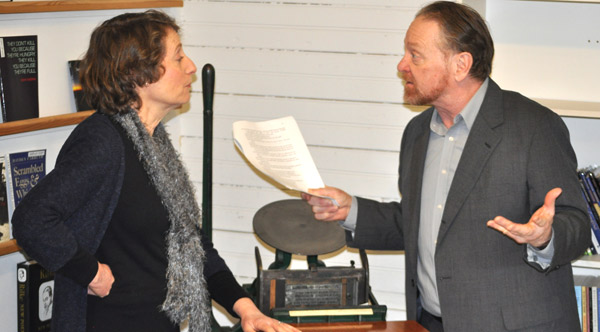 #4
Key City Public Theatre presents An Enemy of the People, April 6-22. Ego, fear and the public good clash on stage in this production of Henrik Ibsen’s classic. This is a play that has 250 years of history behind it, and broad-reaching influence that has touched the work of luminaries such as Arthur Miller and Stephen Spielberg.

When Dr. Stockmass discovers that the “healing baths” his town and his family have become economically reliant on contain life-threatening toxins, he makes it his mission to bring this truth to light. In so doing, he threatens the downfall of the community. His ego blinds him, just as the fear of ruination blinds his community. They clash over what facts matter most in this delicate situation.

An Enemy of the People helped Ibsen build a legacy that saw him become one of the most produced playwrights in history, second only to Shakespeare. Enemy is a masterful look at the human condition through Ibsen’s preferred lens of realism, one that ponders the nature of truth, pride, and the fearful instincts of the mob. Written in 1882 in response to the public backlash against his earlier play, Ghosts, Enemy represents a drastic expansion in scope from his previous works, taking controversy and notoriety and making them central themes, not just in small households, but in an entire community. The play has seen many adaptations around the globe, the most prominent in America was Arthur Miller’s 1950 adaptation, produced at New York’s Broadhurst Theatre. For more info or to purchase tickets, go to www.keycitypublictheatre.org. 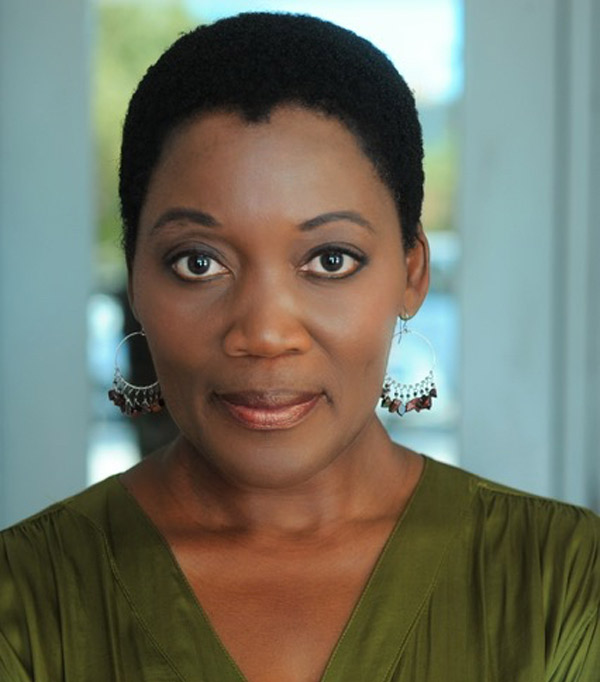 #5
The Port Townsend Film Festival will offer their third annual Women & Film weekend Saturday and Sunday, April 8 and 9 at the Rose Theatre. A Quiet Passion, a new film about poet Emily Dickinson that recently garnered rave reviews from both the New Yorker and Smithsonian Magazine, kicks off a weekend of extraordinary independent films by and about women. All passes include concierge service and your choice of four films screening at the Rose and Rosebud. On Saturday, April 8, passholders may join 11 visiting filmmakers for a mixer at Fort Worden’s Taps at the Guardhouse, followed by a special screening of Maya Angelou:: And Still I Rise at the Wheeler Theatre. Ghana-born actress Akuyoe Graham (pictured, above) flies in from Los Angeles to interview co-director Rita Coburn Whack on stage after the screening.

Special guest, restauranteur, Ina Pinkney, the favorite of Chicago food critics and subject of Breakfast with Ina, screened on Sunday, will also be here. Saturday and Sunday daytime screenings include plenty of time for lunch with friends. Synopsis of films, director bios and passes are at www.ptfilmfest.com  or call 360.379.1333. 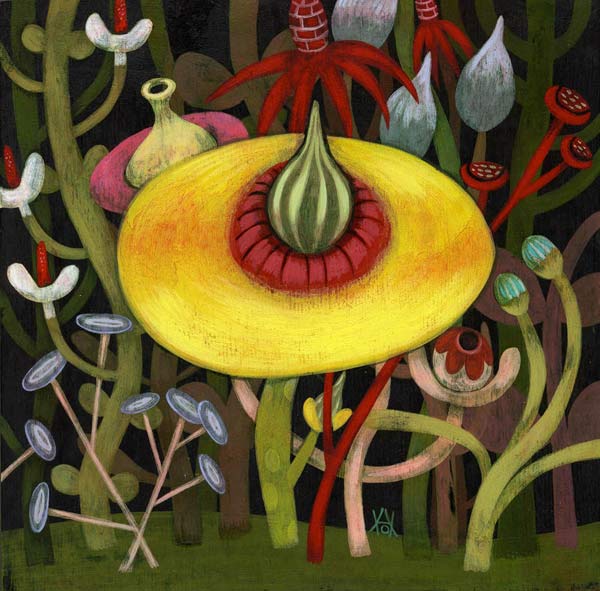 #6
Portland-based artist, Alison O’Donoghue will be teaching a 3-day workshop at the Port Townsend School of the Arts, April 22-24. Using images significant to each individual, personal paintings will emerge in the colorful, lively folk art format of stacking, interacting and patterning. The simple, yet meaningful imagery of birds, animals, flowers, plants and other objects, combine in the harmonious, interactive world with the founds of the board.

Allison’s art shows regularly in Port Townsend, at various Portland galleries and online at www.aliorange.com. To sign up for the workshop, visit www.ptArts.org or call 360.344.4479.

Save the date for upcoming events in May:

May 6
Opening Day on the Bay for Boating Season
Boat parade begins at 12:30 pm at the Northwest Maritime Center
www.ptyc.net

We look forward to welcoming you to Port Townsend in April!