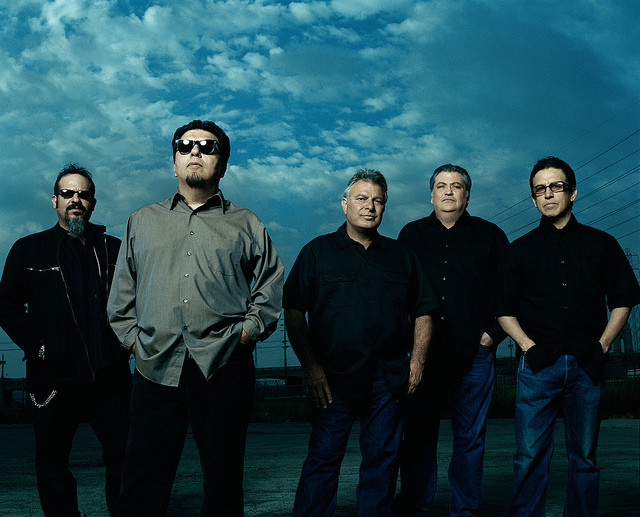 Although they are known as an American Chicano rock band from East Los Angeles, the music of Los Lobos is influenced by a wide variety of musical genres including country, folk, R&B, blues as well as traditional Spanish and Mexican music such as boleros and nortenos.

Los Lobos was founded in the late 70s, and came to world-wide prominence in 1987 with their covers of Richie Valens’ songs and their version of “La Bamba”, highlighted in the movie of the same name, which reached number one status in the United States. In the late 1980s and early 1990s, the band toured extensively throughout the world, opening for such acts as Bob Dylan and the Grateful Dead.

Over the years, they have released nearly 20 records including: The Neighborhood (1990); The Ride (2004) which featured artists such as Tom Waits, Mavis Staples, Bobby Womack and Elvis Costello covering Los Lobos music along with the band; The Town and the City (2006); Los Lobos Goes Disney (2009); and their most recent recording Tin Can Trust in 2010.