Play it Up in Port Townsend in March

Be inspired. Be entertained. Pack the car and come to Port Townsend for an exciting weekend to match your mood and interests: from a theatre-lover’s feast of new plays to the opportunity to live the Victorian life for a few days to the melodic sounds of a quartet of guitars. Buy your tickets early as each of the events will sell out quickly. This is a month you won’t want to miss! 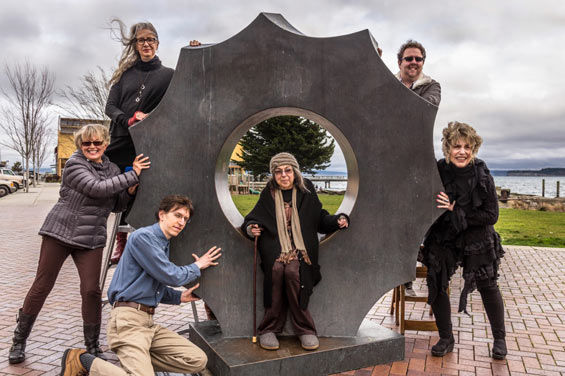 “Locals Weekend,” March 5-8, 2015, features the winning one-acts and precedes the jam-packed “Festival Weekend,” March 12-15, 2015, when three days of back-to-back events in two separate venues (Key City Playhouse and the nearby Pope Marine Building) will satisfy even the most voracious theater-goer.

KCPT’s featured guest playwright this year is Doris Baizley, who will join audiences on the night of Friday, March 13, 2015, to attend and discuss her full-length play Neel Beaux.

Directing the play will be KCPT Artistic Director Denise Winter who comments, “I’m excited about Neel Beaux because it tells the story of two artists who come into their own at completely different times in their lives. It’s a perfect story for Port Townsend, in particular, because we have so many artists here that are hitting their artistic strides at different ages.” www.keycitypublictheatre.org. 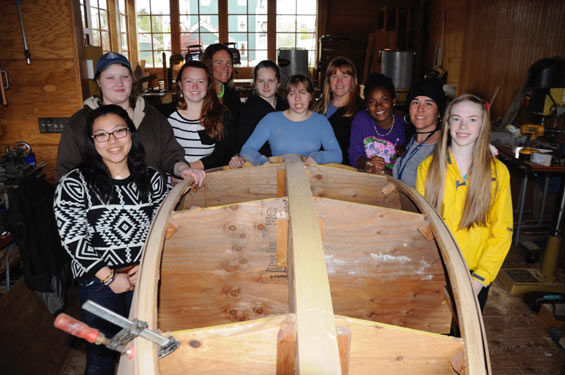 The Northwest Maritime Center will host the 2nd Annual She Tells Sea Tales storytelling event on Saturday, March 7, 2015. Doors open at 6 pm and the event starts at 7 pm. Eleven women mariners will share their experiences of the sea through poetry, prose, storytelling, and song in a fun-filled evening that benefits the Girls’ Boat Project. The Girls’ Boat Project is in its third year of running a for-credit high school program that helps young women to learn the marine trades. www.nwmaritime.org. 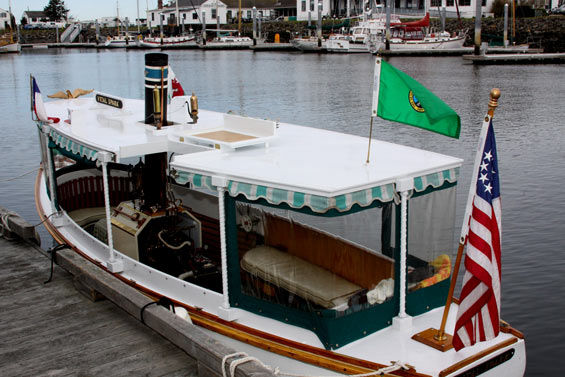 Imagine walking down Port Townsend’s bustling waterfront in the late 1880s when maritime commerce was at a frenzied peak. Picture Port Townsend Bay filled with tallships, many of them loading or unloading goods at Union Wharf. The 19th Annual Victorian Festival, March 20-22, 2015, shows how the maritime industry shaped the culture during those volatile decades of expansion, and economic tumult, and its effect here in Port Townsend.

Learn about maritime history on Saturday with explanations of rigging, sails, and celestial navigation, along with old favorites like the manly arts of self-defense. Take a steam boat ride. Watch a bicycle demo. Learn about corsets. Partake in a Victorian tea. Cap off the day with the Fashion Show, then attend the Victorian Ball at 7 pm, and the Contra Dance at 9 pm. All ages are welcome and bring your stompin’ boots!

On Sunday, from 11 am – 3 pm, take the “Insider’s Historic Building Tours” revealing intriguing stories from the past, as well as visions for the future, in structures located both downtown and uptown.

Join us for a celebration of the old that is new again, bringing together scholars, enthusiasts and curiosity-seekers from across the Pacific Northwest.www.VictorianFestival.org. 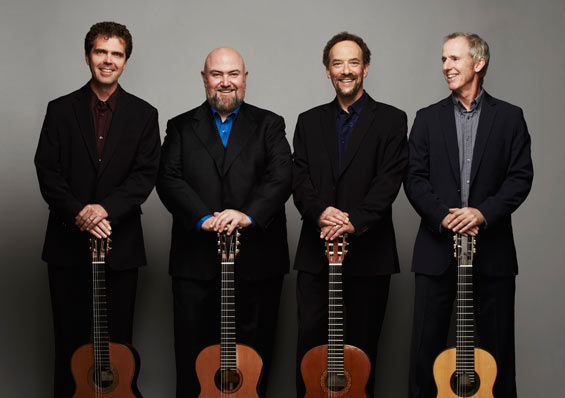 Top off the month with Centrum’s Grammy Award-winning Los Angeles Guitar Quartet on Sunday, March 29, 2015 at 2 pm in the Joseph F. Wheeler Theater at Fort Worden State Park. These four uniquely accomplished musicians bring a new energy to the concert stage with programs ranging from Bluegrass to Bach. Their inventive, critically-acclaimed transcriptions of concert masterworks provide a fresh look at the music of the past, while their interpretations of works from the contemporary and world-music realms continually break new ground.