The summer party continues in Port Townsend in August with awesome, amazing activities to inspire and delight you! 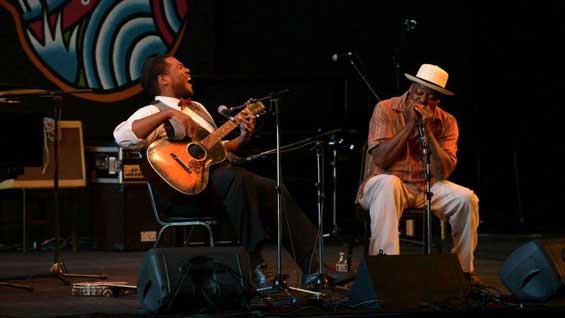 The Port Townsend Acoustic Blues Festival heats up town with “Blues in the Clubs” in a moveable feast of fantastic music in a variety of venues. One nightly wristband gives you the freedom to move around throughout the evening, gaining the full benefit of the club experience. Centrum’s Blues faculty will play sets in all sorts of interesting combinations on Friday, August 4 and Saturday, August 5 from 8 pm – midnight. For more information, go to www.centrum.org.

Simultaneously action-packed and thoughtfully comedic, with massive battles and intimate family drama, in a landscape filled with warriors, barflies, royals and buffoons, Henry IV Part I promises to be an exhilarating evening when the curtain rises on Key City Public Theatre’s fast-paced, intriguing, and starkly relevant production of Shakespeare in the Park.

The second play of Shakespeare’s tetralogy, the Henriad, composed of Richard II, Henry IV Parts 1 and II, and Henry V, Henry IV Part I was first performed in 1597 and examined England’s troubled 15th century. However, the questions the play raises are timeless, and fit in the modern political climate just as well as the era of regal usurpers. Who has the right to rule? What makes a good leader, and how should they behave while in office? How should we raise our children? How do we live up the expectations of our parents?

Audience members are encouraged to bring blankets or lawn chairs for seating on the grass and to dress warmly for when the sun goes down. Picnic fare is welcome. Concessions will also be sold. Advance tickets/info are available from the playhouse box office at 360.385.KCPT (5278) or online at http://www.keycitypublictheatre.org/. 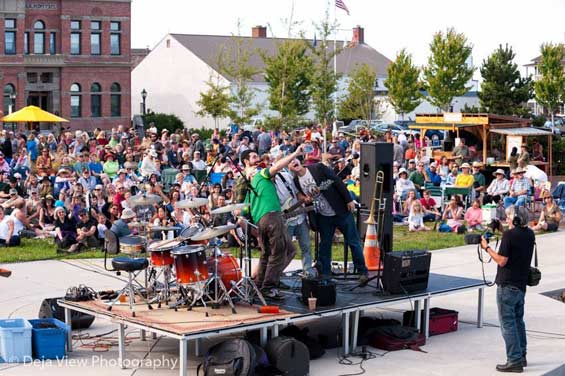 The dock is still rockin’ for a few more weeks at the free, all-ages, outdoor Concerts on the Dock in downtown Port Townsend. Sponsored by the Port Townsend Main Street Program, the concerts will be Thursdays, August 3, 10, 17, 24 and 31, at the Pope Marine Park/City Dock Civic Plaza. Local vendors and a Beer, Wine and Cider Garden will contribute to the festive atmosphere. Help us “Go Green” this year by renting a reusable cup during the concert and returning it at the end of the show. So far this has dramatically reduced the amount plastic used at each concert. Seating opens at 4:30 pm, show starts at 5 pm and ends at 7:30 pm. Bring a chair or a blanket and settle in for some great tunes. For the list of bands, go to http://www.ptmainstreet.org/page14/page14.html. 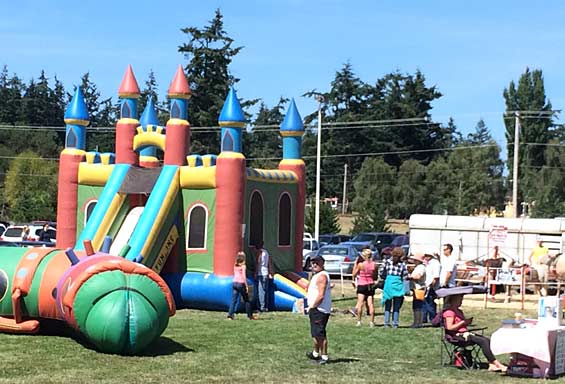 The Jefferson County Fair welcomes you to this year’s “Supertastic” fair, August 11, 12 and 13. Meet farm animals up close. Cheer on riders as they put their horses through their paces. See the largest fruits, vegetables and flowers grown in Jefferson County. Hear music from fantastic bands and get your dancin’ boots on. Take a turn at riding the bull. Indulge in an elephant ear or a corn dog. It’s everything a country fair should be—don’t miss it!

Open 10 am to 9 pm Friday and Saturday, 10 am to 6 pm Sunday. For more details and ticket info, visit http://jeffcofairgrounds.com. 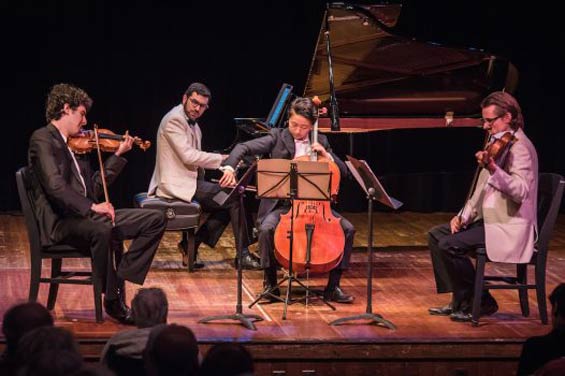 Since the beginning of his tenure in 2014, OMF Artistic Director Julio Elizalde has electrified audiences by presenting world-class artists on the Olympic Peninsula in programs that center on the classical chamber music repertoire and, on occasion, venture into styles such as American folk music and jazz.

Highlights in August include “Mozart in Vienna,” “Hungarian Fantasies,” “From Beethoven,” “Twilight in Paris,” “Musicians from GardenMusic,” and in September: “Between Worlds: Beethoven & Schubert,” “Beyond Virtuosity,” and the Season Finale: “Ariel Quartet Performs Beethoven.” To purchase tickets and for more detailed information about the performances, go to www.olympicmusicfestival.org or call 360.385.9699. 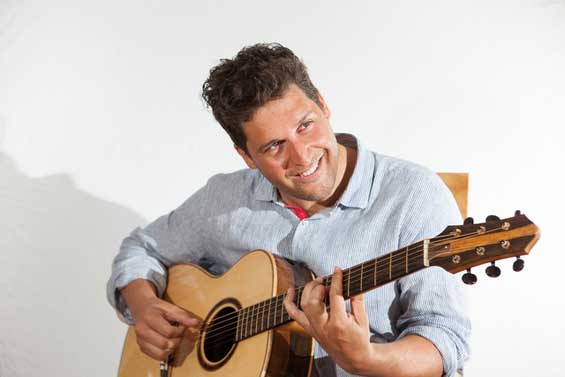 Originally from Portugal, internationally-acclaimed Francisco Pais, plays with his trio for a show call “Mountain Song” at The Cellar Door on August 13 at 7 pm. This will be a one-night-only show where you can hear guitarist Francisco Pais perform jazz standards and original songs. Francisco Pais’s trio will feature local musicians Ted Enderle on Bass and Tom Svornich on drums. This show will be called “Mountain Song” . 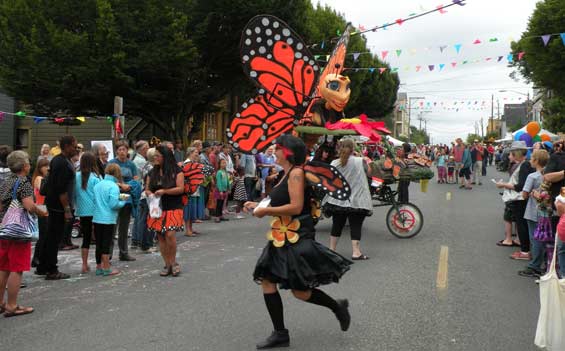 Come hang out with the Uptown businesses and neighbors for the day at this colorful community event. The Arts and Crafts Fair and Farmers Market begin at 9 am; children’s activities follow from 10 am – 3 pm, and music from 10 am – 5 pm. The Uptown Pub is hosting an outdoor beer garden. The “GRANDLY LOCAL PARADE” is at 2 pm. Come make a day of it in historic, pedestrian-friendly Uptown. Lawrence Street and Tyler Street are closed for the Street Fair, as well as the Farmers Market location on Polk Street. Bring your appetite—there will be delicious local food vendors at the event. Coordinated by the Port Townsend Main Street Program and sponsored by generous local businesses. For more information, go to http://ptmainstreet.org.

The Art Port Townsend 19th Annual Artist Studio Tour is a festival of the visual arts featuring an open studio tour of local artists. The tour is the final event of the annual Art Port Townsend Festival. Professional artists open their studios to provide demonstrations and display their work in many different mediums such as oil, watercolor, acrylic, pastels, printmaking, sculpture, ceramics, woodworking, fabric arts, glass and a variety of mixed media. This annual event is a “must see” for regional artists and art lovers. There is no charge for the self-guided tour. For more information and a map of the studios, go to www.northwindarts.org/programs/art-port-townsend/aboutstudiotour/ 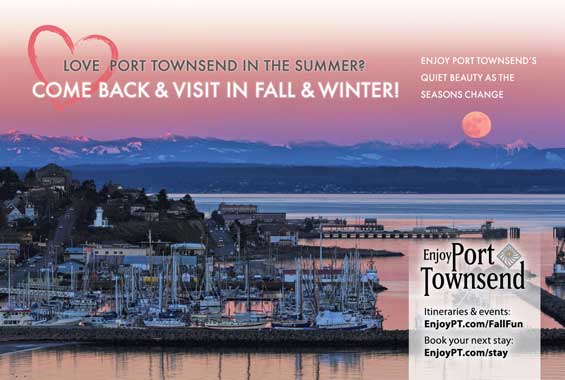 Don’t miss the party in August. Visit us for an amazing getaway and enjoy all things Port Townsend!