Free Concerts on the Dock in Port Townsend 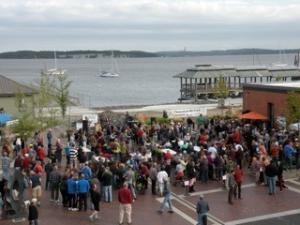 The concert series is produced by the Port Townsend Main Street Program. “We look forward to bringing these free outdoor music concerts to the Civic District Plaza on Thursdays from July 11th to August 29. We’re starting the shows a bit earlier this year. The seating opens at 4:30pm, with music beginning at 5 pm and ending at 7:30 pm. The concerts are made possible by our generous sponsors and we thank them for supporting summer fun in Port Townsend,” according to Mari Mullen, executive director of the Port Townsend Main Street Program.

THE 2013 PORT TOWNSEND MAIN STREET CONCERTS ON THE DOCK LINEUP