Join us for musical fireworks, and make a day of it this 4th of July. Fiddle Tunes performances showcase some of the finest musicians in the world. We’ll have a beer and wine garden, BBQ, family-friendly park activities and evening fireworks on the water!

Fiddles on the Fourth 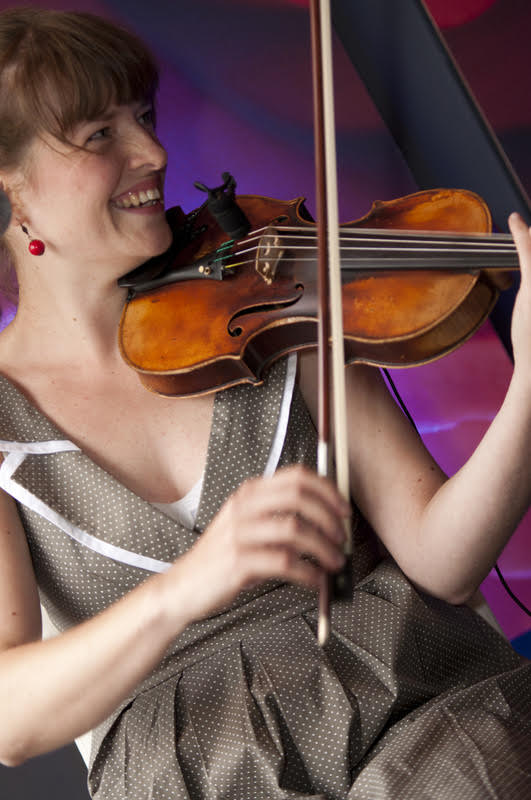 As the daughter of a singer and guitarist, the path to becoming a musician was natural. At age 14 she took up the fiddle, with great inspiration from the fiddlers performing at festivals such as the mighty Tønder Festival in Denmark, which Maja went to since she was 8 years old. She’s a fiddler, a singer, a researcher and a teacher, as well as a composer, arranger and a dancer.

She is especially interested in the old music and singing traditions of Central Jutland (Denmark), where she grew up. Central Jutland music gives her energy, and she’ll soon publish a book on the subject. When singing, Maja brings back some of the power and spark that the older generations carried on in the small communities of Denmark for decades and centuries.

She has searched for and nourished the old ways of singing, and one of her missions is to sing the songs in the old dialects in which they were originally sung. Other than Maja very few people master this form of traditional song in Denmark. Born into a well-known musical family from Patrick County Virginia, Richard was the youngest of 8 kids. His mom and dad played the autoharp, and his dad also played some clawhammer banjo.

The first fiddle he can remember hearing was Tommy Jarrell on the radio, and he thought, “Well, man, that really does sound good. I believe I could learn to play that, if I had a fiddle.” Turns out he lived 12 miles from Jarrell, so he started spending some time with him, picking up tunes and his style. Richard also learned from Ernest East, Benton Flippen, and Kyle Creed, before he became the champion old time fiddler he is today.

Over the years he has won both individual and band competitions at many fiddler’s conventions including Galax, Mt. Airy and Fiddler’s Grove. His band, The Slate Mountain Ramblers, have been a mainstay of the dance and festival culture in central and western North Carolina and southwest Virginia for three decades. 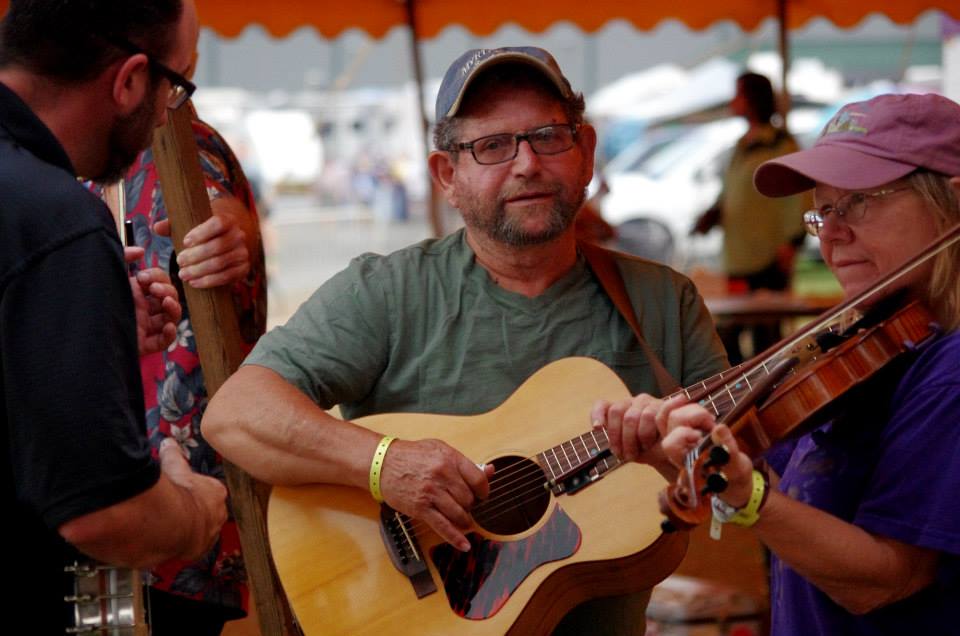 Chester was born in Carroll County, Virginia, into a musical family and community. He has played traditional old-time Round Peak style music since childhood. By the time he was eleven or twelve years old, he was living in Surry County and taking an active part in the Round Peak music community.

Chester played guitar with Tommy Jarrell for fifteen years, and he developed his guitar style specifically to play with Tommy. He has also played and recorded with Dix Freeman, Kirk Sutphin, and Greg Hooven. Robin Leblanc is a marvelous young fiddler from a long line of Acadian fiddlers. He learned from his uncle Ira LeBlanc and his grandfather Fériol LeBlanc, as well as other key fiddlers in New Brunswick near his home. But he also learned music by traveling all over North America searching out old tunes and ancient Acadian routes. Robin lives with his family in a farmhouse near Bathurst, in the Northeast part of New Brunswick, next to the Acadian Peninsula, where he grows most of his own food and grinds his own wheat for bread.

Robin sends this information about Claude:

“Hi Peter ! Here is what I know about Claude Austin: His ancestor, from the British Isles, was thrown off a boat in the late 1700’s in Caraquet, NB, because he had broken his arm. Better than being thrown off the boat at sea! He married an Acadian from the deportation of 1755. Claude is a fiddler from a very very long line of musicians, mostly fiddlers and step dancers. His style of playing is very unique. Only a handful of old fiddlers play like him these days. We can hear Claude’s syncopated style of handling the bow in the old recordings of Acadian fiddlers in our archives in Moncton. He has been playing since the age of fourteen. From an early age, he has played most of the quadrilles of his hometown, Sheila. In the seventies, he was recorded by André Gladu and appeared in the series “Le son des français d’Amérique.” Still today, when he visits family in Sheila, he is the one people want for the dance. ”

Tricia Spencer is a Kansas fiddler who grew up learning the tradition of old time music from her Grandparents.  At an early age, she was perched up on some stage tapping her foot to the beat of fiddles, banjos, mandolins and guitars.  While growing up, her free time was spent traveling to festivals and fiddling contests throughout the 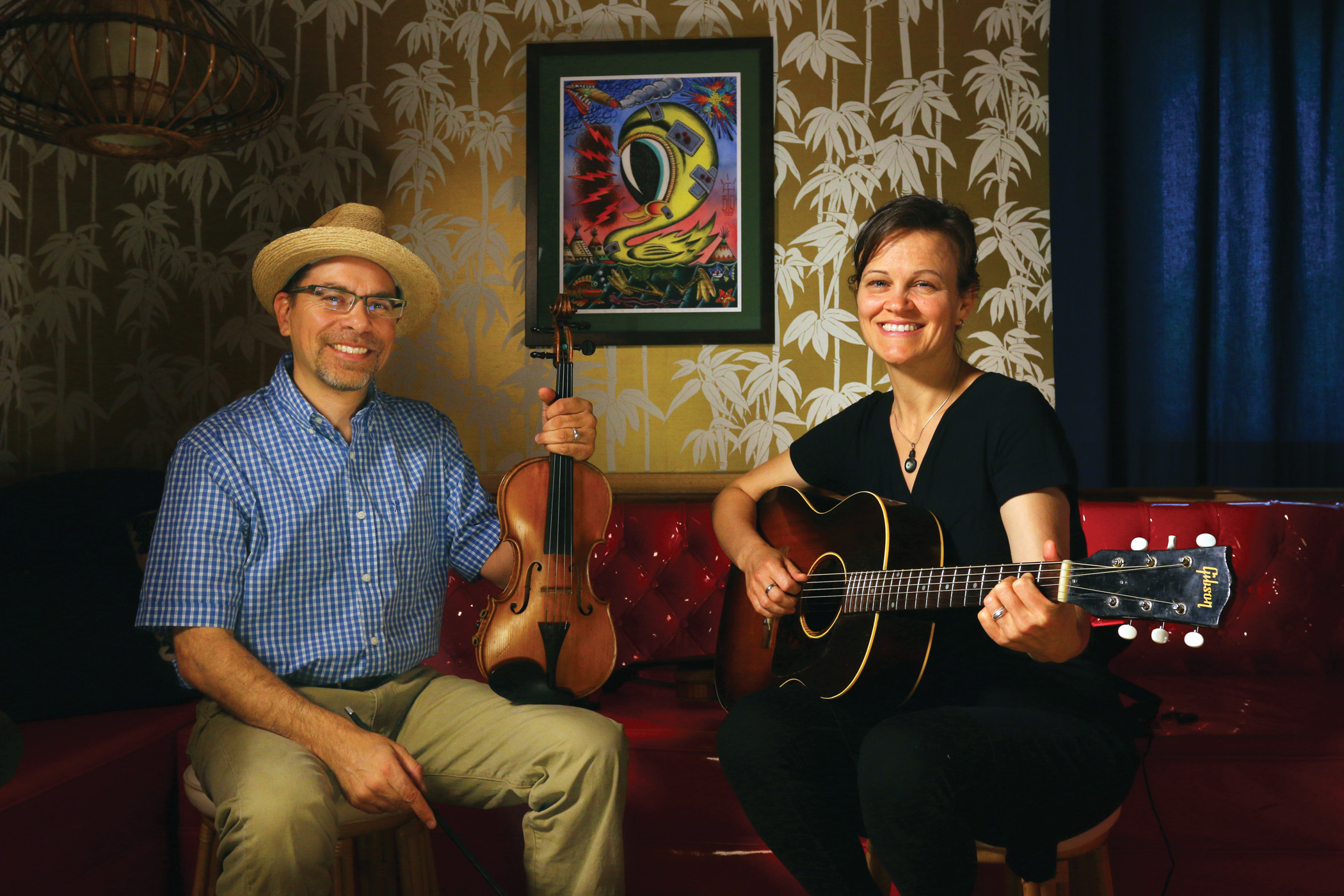 Midwest where she learned from the likes of Pete McMahan, Cyril Stinnet, Lymon Enloe, Dwight Lamb, Amos Chase, and Lucy Pierce. Tricia is a multi-instrumentalist who has studied with some of the great masters and is highly sought after as a performer, dance fiddler, and instructor.

Howard Rains is a native Texas artist and a fourth generation fiddler (or “VY-lin,” as his grandfather would say) from a musical and artistic family whose two obsessions are painting and playing the archaic style of fiddling of his home state. Howard plays rare, old tunes learned from friends, family, mentors, and old recordings. As much known for his painting as his fiddling, Howard has painted many of the great old time musicians, both living and gone. Howard’s distinct repertoire reintroduces listeners to the pre-contest styles of Texas fiddling. 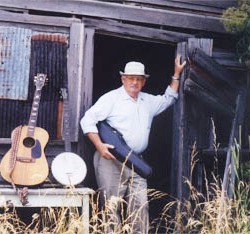 Master old time square dance fiddler John White comes from a fiddling family in north-central Missouri. His fiddle playing style developed while playing for square dances in Shelby, Macon, Linn and Monroe counties, and his favorite fiddling venue is still the community square dances he and his wife, Betty, sponsor in Hallsville. John has been a master fiddle teacher in the Missouri Traditional Arts Apprenticeship Program and is a regular member of the staff at the summer fiddle camp in Bethel. Charlie Walden says “He has an easy lope to his playing honed playing for square dances in No. Central Missouri as a boy.  Nothing fancy, but his time is perfect and quintessentially Midwestern – spot on the beat.”

John will be accompanied by longtime musical partners Amber Gaddy on banjo, and Dave Cavins on guitar. THE MUSIC OF TIERRA CALIENTE

The great violinist Juan Reynoso made many powerful visits to Fiddle Tunes, beginning in the late 90s, and a direct result of his influence is the group Fire of Tierra Caliente. They will present Don Juan’s music (and other Calentano fiddlers) at this year’s gathering.

The group came together by the passion of Paul Anastasio, violinist, composer, performer and bandleader. In 1996 Paul was introduced to the music of violinist Juan Reynoso and his guitarist sons at the Fiddle Tunes festival. Shortly thereafter he began traveling to Guerrero and Michoacán to study this fast-disappearing southern Mexican traditional violin style. On roughly 20 trips to Mexico between 1998 and 2006 Paul studied three hours daily with Don Juan, as well as more than a dozen other violinists. He was able to record 3,000 hours of music and transcribe over 800 pieces, several hundred of them arranged for violin trio.

The other members of Fire of Tierra Caliente have strong Mexican music credentials as well. Tina Pilione was able to join Paul on his Mexican visits from 2003 through 2006, studying with Don Juan and his guitarist sons Hugo and Javier. She and Paul currently live next door to each other in south Louisiana and play the music together as often as their schedules permit. Elena DeLisle-Perry and Paul were practically neighbors in the Seattle area when Paul lived in Washington, and also played the music together as often as possible. She loves to teach and play music. With guitar as her main instrument she has studied many acoustic styles, with the music of Tierra Caliente at the top of her list. Juan Barco is a world class singer, guitarist, bajo sexto player and bassist, and he plays often with Paul and Elena. In fact, Juan and Paul taught the music of Tierra Caliente at Fiddle Tunes a few years ago. But he feels he owes the greatest musical debt to legendary West Virginia fiddler Clark Kessinger. “Clark inspired me to play, and I’m proud to have known him and met him, and that we were born on the same day, July 27th.” It was indeed good fortune to be acquainted with Kessinger, who was a family friend. The old man and the young boy formed a bond, and Billy absorbed everything he could from his mentor until Clark passed away in 1975. Kissinger, and his pre-bluegrass style, is largely forgotten among the young generation of fiddlers coming of age now. 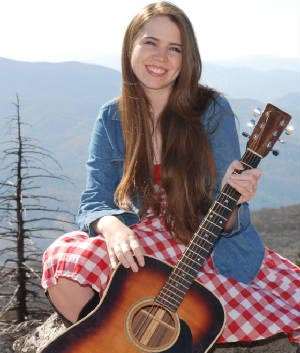 Accompanying Billy will be Martha Spencer. She grew up on Whitetop Mountain immersed in the musical Spencer Family and has been playing music and dancing since a very young age. She is a multi- instrumentalist, playing guitar, banjo, fiddle, bass, mandolin, and is also well known for her flat foot dancing.

Martha is very active in passing on music and dance traditions to local youth as well, teaching in the Junior Appalachian Musician program in the Ashe and Alleghany Counties of NC. Martha is also a full time member of The Whitetop Mountain Band. Calvin’s love for music began at an early age when he used to mimic his father Art “Lefty” Vollrath with two butter knives. He got his first fiddle at the age of 8, and it was soon apparent that he was a natural. He has twice been crowned the Grand North American Old Time Fiddle Champion.

Calvin is a musical prodigy. To date, he has composed over 475 tunes, many of which have become standard contest and dance tunes across North America & Europe. He has recorded an astonishing 58 albums, numerous music books of his original compositions, and an instructional DVD.

Calvin was commissioned to compose 5 fiddle tunes for the Vancouver Winter Olympics 2010 Opening Ceremonies to represent the various Canadian styles of fiddling. Calvin is also a very active, committed, and inspired teacher, having taught at the Canadian Grand Masters Fiddle Camp in Ottawa since its inception in 1996, and his own “Camp Calvin” in northeast Alberta. In 2011, Calvin was inducted into the North American Fiddlers Hall of Fame.

Calvin will be accompanied at the workshop by longtime collaborator Clinton Pelletier on guitar, and his wife Rhea LaBrie, who will teach step dancing during the week.