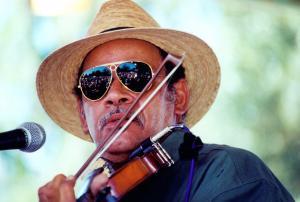 July 4-6, 2013 at Fort Worden State Park, the Festival of American Fiddle Tunes will showcase the bearers of the North America’s fiddle traditions with a full bevy of concerts and dances. Fiddlers, guitarists and mandolin players from such diverse musical regions as Basque country in Spain, Cape Breton, Mexico, Québec, and many various American styles will play in master jams, lead dances and headline mainstage shows in McCurdy Pavilion, a World War I-era balloon hangar that has been converted into a 1,200-seat concert hall.

The more than thirty-year tradition of Fiddle Tunes at Centrum started in 1977, when named Bertram Levy began the Festival in order to bring the music of the traditional Southern Mountain fiddle to the Pacific Northwest. Levy hired fiddlers to teach a week-long workshop that culminated in a full weekend of performances. About 150 people attended the workshop. The Festival of American Fiddle Tunes now serves more than twice as many people and the original vision of the Festival has remained, said Centrum executive director Rob Birman.

“Centrum’s international recognition was attained, in large measure, by the renown and meteoric growth of the Festival of American Fiddle Tunes,” said Centrum executive director Rob Birman. We’re honored to be one of the few places in the country that is preserving all elements of traditional fiddle music, from those of the U.S. and beyond. In that sense, Centrum is sustaining the role of passing culture from one generation to the next, which has always been a vital part of shaping history and influencing what is known as contemporary music. Pound for pound, Fiddle Tunes performs way above its weight class. There is nowhere else in America where one can experience such variety and innate talent in one setting.”