Come to the 16th Port Townsend Film Festival to meet more than 70 directors and producers, and see 84 films!

Actors Beau Bridges and Chris Cooper will be the special guests at the 2015 Port Townsend Film Festival, September 25-27.  Films screen in eight theatres from 9 am to 9:30 pm daily, as the Festival welcomes 84 films from 16 countries.

The Festival was featured in September’s Sunset magazine and included in the September in-flight Alaska Airlines magazine, and last year was lauded by Variety as one of the best small film festivals in the country. The Festival is held in Port Townsend’s walkable National Historic Landmark District, an area of about six square blocks. 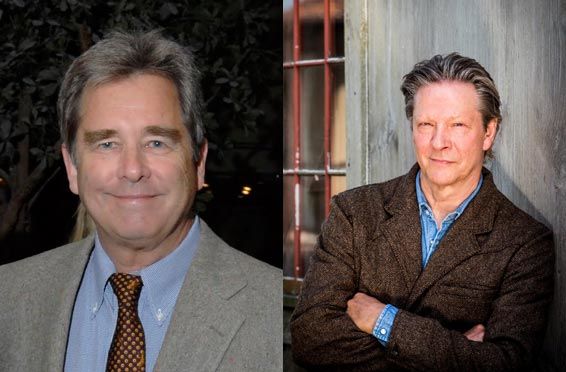 A free outdoor movie is screened each night under the stars on Taylor Street and is the only theatre where children under 16 are allowed; the Peter Simpson Free Cinema offers 1,500 seats free of charge during the weekend. Festival passes range from $35 for a one-pass to $1,050 for a mogul pass with concierge service. The Festival Pass, $185, includes a free salmon dinner with wine and dessert late Friday afternoon.

Bridges appears in person Friday night for Q&A after screening of “The Fabulous Baker Boys,” in which he stars with Michelle Pfeiffer and his brother, Jeff. Cooper appears in person Saturday night with his film, “Adaptation,” for which he won an Academy Award for Best Supporting Actor. Both actors appear together on stage Saturday afternoon for “The Conversation: The Art of Acting,” moderated by Rose Theatre owner Rocky Friedman.

Actress and author Marianne Leone Cooper appears at 3:30 pm Sunday afternoon with “My Left Foot,” as the Festival’s Formative Film author. Following the Q&A (she and Chris Cooper are the parents of a child with cerebral palsy) she will sign her memoir, “Jesse: A Mother’s Story.”

Featured films are both narratives (fictional) and documentaries. They include features such as “Unbranded,” “Honor Totem,” “The Breach,” “Romeo is Bleeding,” “Red Knot,” “Boy and the World,” a documentary on New Yorker cartoonists, and over 40 short films. The director and producer of the acclaimed “Sweet Land,” will attend for Q&A and to celebrate a decade of their film in release.

Pass sales have been brisk. The Festival, for the first time in its 16-year history, may have to cap pass sales in the next two weeks (although single ticket Rush seats will be available). To see the Festival’s schedule of films, trailers and information, and to buy passes online: www.ptfilmfest.com