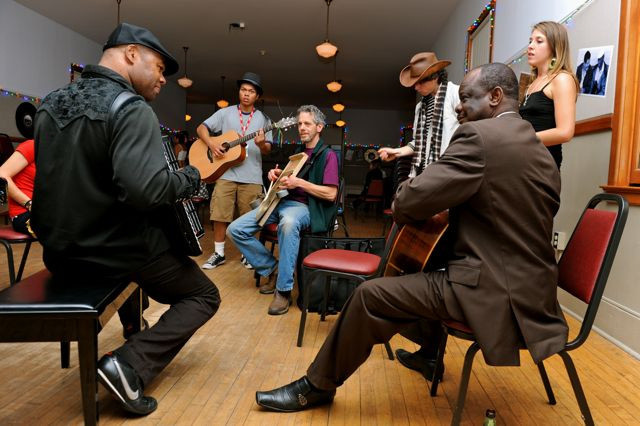 Each year, hundreds of blues musicians descend on Fort Worden State Park, turning the historic facility in to a giant resonating chamber for acoustic blues music. The Park comes alive, and so does each musician who makes it happen.

After a week of workshops , Centrum presents the renowned artist/faculty of the Port Townsend Acoustic Blues Festival in a series of public performances – in Fort Worden’s McCurdy Pavilion, as well as intimate club performances in Port Townsend’s historic downtown district .

Seating is reserved at the McCurdy Pavilion and general at the Club Venues.

Friday Blues in the Clubs